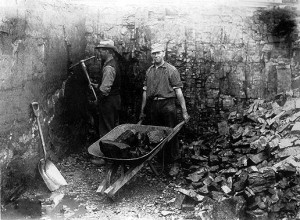 Thanks to the recent ruling from the New York state utilities regulators, cryptocurrency mining companies could soon find themselves paying higher bills for electricity. The statement came from John B. Rhodes, the chair of the New York State Public Service Commission. According to him, the upstate authorities in charge of the power production were allowed to provide cryptocurrency businesses a higher charge for electricity. The decision will come into effect from March, meaning that very soon the NY miners will feel this bump in their operating costs.

The ruling stated that the commission will provide this option to the municipal power authorities who can now treat high-density load customers differently. The same have to unable to qualify for any economic development assistance and exceed a particular level of power usage. Traditionally, commercial customers indeed do provide a higher electricity bill, but the mining operations vastly go over these values.

The ruling was triggered by a petition by the NYMPA (New York Municipal Power Agency) which stated that the crypto mining operations will increase the utility bill for the local citizens but fail to provide an equal amount of economic value for the same communities. This was extracted from the fact that the mining firms make up for a third of the municipality power load in some areas while they provide a low number of associated jobs and make little to no investment in the community in which they operate. This is expected because of the volatility of the crypto coins they mine. Simply, their value frequently changes. To keep up with this, the mining companies are focused on streamlining their costs, which includes low investment in both employees and communities.

The decision came in an atmosphere where cryptocurrency mining companies in New York State have been publicly under fire for some time. At the same time, places like the Plattsburgh city are considering the possibility of stopping any new BTC mining companies from opening shop there for the next 18 months. Here as well, the issue is the mining power consumption and its impact on the community.