Bitcoin Integration Could be on the Way for eBay Users 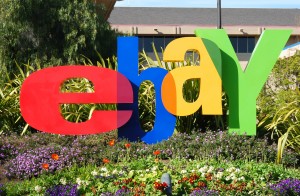 eBay users could soon be able to buy items using the world’s leading digital currency. eBay CEO John Donahoe has said that his company is “actively considering” bitcoin integration with Paypal to facilitate this.

Donahoe was addressing shareholders on Wednesday at an annual meeting in San Jose, California. As reported by eCommerce Bytes, he also claimed that bitcoin will play a very important role in the future of global trade.

He added that though he could not imagine how exactly bitcoin’s future would be, eBay was contemplating direct involvement by enabling bitcoin integration with PayPal. This would be for the good for the online reseller.

Donahoe’s latest comment is in line with what he said last year on the eBay’s stance on bitcoin. Then he was confident that a bitcoin payment option would be added to Paypal.  Wednesday’s remarks assure digital currency enthusiasts that eBay is indeed looking into the bitcoin integration option.

Another important thing about his comments is that it was made in an official capacity. This follows that this is the stance of the company. From then henceforth, analysts and bitcoin followers alike would be eager to see how the company handles bitcoin integration.

eBay CEO is not the only one on this, his Paypal counterpart, David Marcus, has also not hidden his fascination about the digital currency. Last year while voicing support for bitcoin, Marcus said the he was a fan of the digital currency and he believed bitcoin integration with Paypal would someday come to materialize.

The “Virtual Currency” category is not widely known, but it allows eBay users to buy or sell digital currencies, mining contracts and mining hardware.  It was added to the online market place in early April.

There are also revelations that the online market place, which facilitates consumer to consumer trade, is also developing a new digital currency payment system to include bitcoin and other options. This is according to its patent application filed over two years ago. The digital wallet will be able to hold different types of currency.

eBay is the largest online site that connects buyers and seller by operating as a third party. Its approach is different from Amazon Inc., which operates as an online retailer and consumer electronics manufacturer. eBay neither has its stock nor inventories, it just allows sellers to list their products and wait for bids, or buyers at the demanded price.

If eBay finally allows bitcoin integration in their payment options, it would be good news to consumers who have bitcoins and would like to spend them. This will also be a boost for the cryptocurrency community and a clear indication that digital currencies are the future money.