Home » Bitcoin » Bitcoin ATMs in Westfield,Sydney and Mountain View, California Despite the Troubles

Bitcoin ATMs in Westfield,Sydney and Mountain View, California Despite the Troubles

Bitcoin ATM in Westfield,Sydney and Mountain View, California Despite the Troubles 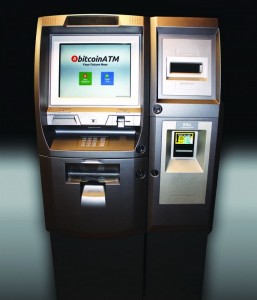 Sydney Bitcoin enthusiasts have every reason to celebrate as ABA Technology launched its first Australia’s Bitcoin ATM today. The ATM has been erected on Pitt Street Mall at Sydney Central Plaza in Westfield, within Sydney CBD. It is meant to facilitate easy exchange of crypto-currency for cash.

In another similar event in the U.S., the people in Mountain View, California have also recently received their first ever permanent Bitcoin ATM, dubbed Robocoin. The ATM was erected at Hacker Dojo, Mountain View’s non-profit shared tech space, courtesy of Cary Peters. He (Cary) wants people to find Bitcoin easy to use, and the ATM allows anyone to use it by creating an account with an ID, phone number and face and palm scans for background checks.

The two Bitcoin ATMs come at a time when the world’s leading virtual currency has lost over 60% of its value owing to troubles in China and other parts of the world. The rise in the number of Bitcoin ATMs is a clear indicator that bitcoin revolution is on and is not about stop.

Just a couple of days ago, Bitinvest – a leading virtual currency exchange in Brazil – in readiness for the 2014 FIFA World Cup, launched BTC prepaid debit card that is accepted in all Mastercard branded ATMs.

Bitcoin and altcoins are gaining significant global acceptance, despite the spirited fight against it by governments. Most governments have been adamant that crypto-currencies are insecure and should not be trusted as currency. In a rather drastic move, the government of China through its federal bank, People Bank of China (PBC), is spearheading onslaught on bitcoin and altcoins. PBC had set today, April 15, 2014, as the deadline for banks to completely dissociate with virtual currency related companies.

The Situation in Australia

There are fears that the National Australia Bank (NAB) will soon be going the Chinese-way, cracking down on businesses that primarily trade in crypto-currencies. There are rumours that this may be as soon as next month.

NAB dissociated with digital currencies services earlier this month citing the high risk involved. The bank joins Commonwealth Bank, the Bank of Montreal, and the Bank of Ireland who a made similar decision.

The move by NAB is based the failure of Tokyo’s Mt. Gox. Until it filed for bankruptcy, Mt. Gox was the world’s biggest bitcoin exchange. Billions of dollars worth of investment was lost in the fall of the company, but many bitcoin backers are still hopeful of the virtual currency.

Interestingly, ABA Technology CEO Chris Guzowski is not deterred by the latest developments in the Australia. Instead, Mr Guzowski is optimistic that Australian banks will realise what they are missing and adopt the technology. His company is planning to launch another Bitcoin ATM in Melbourne in a couple of weeks, and hundreds more elsewhere in the country in the near future, to enable consumers to fully enjoy the benefit of bitcoin digital currency.

The same spirit is shared by his U.S. counterpart, Jonathan Johnson, vice chairman of Overstock.com.

“In all disruptive technology, there are early adopters and more-mainstream adopters,” Johnson exclaimed.

His company is among the first major online retailers to accept Bitcoin.  He relates bitcoin to internet Google in late 90s, when people were less concerned about the world’s leading search engine.

Cyber currencies are generated by mathematical formula and their backers are seeking to let them be true alternative to government-controlled currency systems. Already global conglomerate such as PayPal, Facebook and Google have embraced bitcoins and some altcoins. And the rising number of Bitcoin ATMs is making it easier for consumers to buy and spend bitcoins. It is only a matter of time before cybercurrency capture the whole of the tech world.