Accepting Bitcoins Proving to be Quite a Task for Merchants

The volatility of the digital currencies and refund policy stands against the success of Bitcoin adoption. 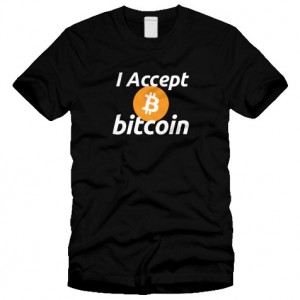 The number of merchants accepting bitcoins and some altcoins has been on the rise in the past few months. Hardly a week passes without the news of a new merchant offering “Paywith Bitcoin” option.  But introducing this option is the easiest part; the hard part is keeping the promise.

Many online merchants, conventional business and companies have not hidden their desire to jump into the cyber currency world. But the merchants who are already accepting bitcoins secretly grapple with a number of challenges that court bitcoin as a currency or a mode of payment. The moment a company announces that it accepts digital currencies, not only customers come in numbers, but problems also come along. Nevertheless, most of these challenges round down to bitcoin’s volatility.

The Trouble in Accepting Bitcoins and other Altcoins

Crypto-currencies are highly unstable and this posse a challenge to merchants who wants to accept them.  For instance, in only a matter of minutes, bitcoin can gain or lose 30%. It is therefore difficult to price commodities based on bitcoins. So products remain priced in conventional currency.

Because most merchants price their products in US$, they use third party agents (bitcoin exchanges) to immediately convert bitcoins paid into dollars before a purchase can go through.  This follows that while the client paid in bitcoins, the merchant receives the payment in dollars.  So the merchant can only give refund in dollars.

The problem is the changes in exchange rate.  Should bitcoin lose its value, the client would receive less than he paid, but if it gains against the dollar, the merchant would feel cheated.

Merchants accepting bitcoins are slowly adapting to the currency’s volatility.  While IRS declined to treat bitcoin as foreign currency, these merchants have been forced to handle it as such. Merchants handle bitcoin’s volatility in their refund policy by refunding the money they asked for the product, and not the value of the bitcoins paid for the product.

Financial markets are known to be volatile, as the currencies exchange rate keep on changing depending on demand and supply of a particular currency. However, the cases of digital currencies involve huge figures and clients may be at pains accepting the erosion of the value of their ‘money’.

Merchants are Holding Back on Accepting Bitcoin

An article in Forbes has pointed fingers at a NBA team, Sacramento Kings, for misleading people that it would be accepting bitcoins for tickets. It also mentions Golden Gate Casinos in Las Vegas, which made headlines that it was accepting bitcoins yet in real sense the casino does not allow use of bitcoins in gambling.

There are very many such cases, and this is because before search merchants arrive at the decision to include “Pay with Bitcoin” button in their pages, they don’t do sufficient homework on its challenges. There also some merchants who know too well what they are getting into, but they do it for publicity associated with accepting bitcoin.

Crypto-currencies are still in their early stages. As more and more people adopt them, perhaps the volatility will gradually reduced and allow merchants to fully utilize money of the future. But since those days are still not here, merchants who want to be early adopters by accepting bitcoins or other altcoins, should do so in good faith. And if you are ready to make purchases using crypto-coins, be ready to shoulder the burden that comes with it.