Home » Cryptocoins » Yahoo Japan is setting up its Crypto Exchange

Yahoo Japan is setting up its Crypto Exchange 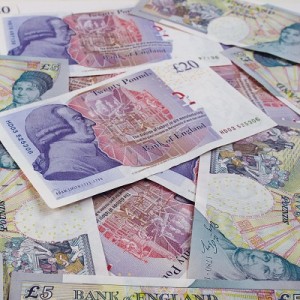 The Yahoo branch in Japan is going towards a big crypto market move if the latest reports from the country are accurate. The Nikkei Asian Review is stating that the internet firm in Japan is taking a 40% of the BitARG Exchange Tokyo and that this will happen next month. The purpose of this is to allow Yahoo Japan to create a new exchange that is based on the BitARG tech. The exchange should become fully operational in about a year’s time from now.

Japan’s Financial Services Agency or FSA has already licensed BitARG and the company expects to attain new investments from Yahoo Japan. The influx of additional funds should take place in early 2019. The plan is for the Yahoo Japan to buy shares of BitARG using its subsidiary YJFX. This company operates and runs a Forex transaction platform. It is expected that the 40% stake will end up costing the company over $19 million. As the purchase is completed, a YJFX team is expected to move in and begin the development process of the new exchange. The same team is expected to design a range of systems for customer management, security, and corporate governance.

The company decided to involve the FSA early on seems to be right on the money, especially because of the problems Binance exchange is having in the country. This company from Hong Kong has recently received a warning from the FSA about its lack of any formal registration in Japan’s territory. In response, the company’s CEO has acknowledged that Binance revived the warning letter and stated that a dialogue is underway between the two parties.

The hack that left the exchange CoinCheck $533 million short has spurred much of this activity. The attack has been resolved in the sense that CoinCheck will repay its customers, but many questions about its security measures keep lingering around. Since that January incident, the FSA began asking for security overhauls while also cracking down on local crypto trading services that have not been registered yet. In fact, just a few weeks ago FSA suspended two exchanges for the duration of two months.

Yet, while the regulatory whip is cracking in Japan, the Yahoo branch clearly does not share this gloomy outlook. Whenever their exchange is finished and put into service, it will surely rise to the top of the Japanese crypto ecosystem