Venezuela’s Cryptocurrency raises over $700 on its First Day 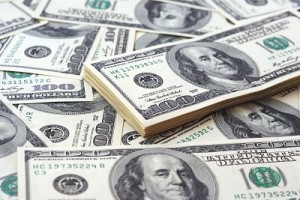 Petro token, the official cryptocurrency of the Bolivarian Republic of Venezuela has become a major success, at least according to President Nicolas Maduro. In less than 24 hours since its sale began, it managed to generate a very impressive sum of $735 million. The statement came with no evidence that corroborates this and Maduro has not specified who invested in Petro. Yet, he enthusiastically stated on his official Twitter account that Venezuela made a huge step into the 21st century with this initiative.

Petro token was announced in December 2017 as a means of generating funds by avoiding the US sanctions against the Maduro-led government. Also, new funds are a huge necessity for the crisis-stricken South American nation. During the presidential term of Nicolas Maduro, it has slowly but steadily moved into an economic depression, followed by political instability. The previous year has been particularly troubling, with deadly violence breaking out between the government forces and their supporters on one side and the opposition on the other.

Petro has been designed as a potential solution for the cash-strapped Caracas government. A Petro token is intended to be backed by a single barrel of Venezuelan oil and directly tied to its market value from the day before. The critics from the opposition warned that the national Congress, currently under their control, will deem Petro an illegal monetary vehicle. They also pointed out that the president is trying to sell off the country’s oil reserves.

Additionally, outside experts have stated that the technical setup of Petro is unclear, especially when it comes to its operating blockchain. Some of the official documents that explain its functionality say that is run by the ethereum network, while the buyer’s guide points to the use of NEM blockchain system. Its launch has been rejected by a range of political leaders, both in Venezuela, but also in the rest of the Americas, including the US.

However, regardless of all of this, Petro is still officially the first government-issued cryptocurrency. At the same time, Venezuelan leadership still has plenty of allies in the world, especially Russia, Iran, and Cuba. The sum of $700 million could have easily come from a range of private and government sources in these nations. Now, the world will continue watching with great interests how Petro actually functions on the crypto market.