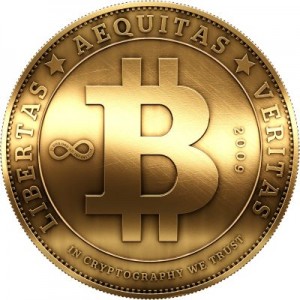 The challenges of government positions towards cryptocurrency are nowhere more apparent than when big confiscations take place. In those moments, countries that otherwise do not accept or even regulate cryptocurrency finds themselves in a position where they hold (a usually large) number of crypto tokens. Unlike other illegal goods, bitcoin and other cryptocurrencies cannot be simply incinerated like drugs, for example. But, what is to be done with them? Clearly, the common wisdom is to sell them to the public.

Recently, the US government stated that it is planning to do something with over 500 BTC that have been taken from four individuals. This group was before that charged with creating fraudulent identification documents. The DOJ in Ohio made this announcement after the four individuals were arrested in Perrysburg and Toledo. They were allegedly caught in the process of creating fake documents including personal ID cards and driving licenses for the states of Utah, Ohio, and Michigan.

The arrests also led to a seizure of 500 bitcoins that were netted by the group between 2013 and 2018. The BTC stash is currently valued at over $5.5 million, making it a big sum even on a federal level. In the case the accused individuals are forced to forfeit the sum, they will be added to the government’s current pool of seized crypto assets.

At some point, these will be auctioned to the public, similar to the way seized cars and other goods are sold. As time goes by, this pool will likely hold many different cryptocurrencies, but right now, most of the seized funds are held in bitcoin. One auction took place in January 2018 when over 3,800 bitcoins were sold. The previous such auction took place in 2016 when 2,700 bitcoins were offered to the public. So far, the biggest auction was held by the US Marshal Service in 2014. At that event, over 50,000 BTC taken from Ross Ulbricht, the operator of the Silk Road, were auctioned off.