Home » Bitcoin » UAE BTC Exchange to be Launched in Dubai

UAE BTC Exchange to be Launched in Dubai

Igot, an Australian-based bitcoin company, will today launch United Arab Emirates’ first ever bitcoin exchange in Dubai. The event will end the long wait for a BTC exchange in this region, which is a tourist destination to the world’s affluent and known for its exquisite taste. 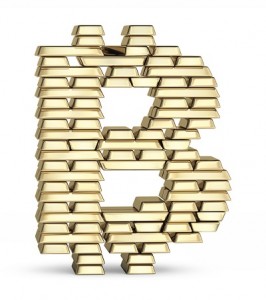 It is surprising that none of the numerous multinationals bitcoin exchanges had actually thought of taking its operations into the UAE, a quickly developed high income economy and the word’s 12th richest country based on nominal GDP per capita. Igot, which has its headquarters in Adelaide, has been working on ways to expand its operations to lucrative Asian and Middle East markets. Being only a single player in such a wealthy economy, Igot will be eager to take advantage of the situation before other exchanges come knocking.

What the Australian-owned BTC exchange is bringing to the UAE is a few years of experience in the cryptocurrency ecosystem.

The exchange is currently operating in Australia, India, Hong Kong, Singapore and New Zealand. In all these countries, it uses the same homepage and user interface. While it partners with international banks to enable accounts through SWIFT network, its users can connect are able to link directly their local bank accounts in the country of operation.

The Emirates has been a little quiet when it comes to the developing cryptocurrency markets. According to CoinDesk, other than the news of pioneering pizzeria, which begun accepting bitcoin for payments, and Umbrellab, a start-up offering bitcoin among other payment solutions, there isn’t match about cryptocurrency in this country. The start-up has also been associated with an idea of integrating bitcoin ATM functions into Dubai’s payment kiosk system.

While acknowledging that it wasn’t easy to get partnerships with banks, Igot founder Rick Day told CoinDesk his exchange is partnering with local banks for direct deposits and local currency withdrawals, and will be operating under Commercial Brokerage sector as approved by the local authorities.

Bitcoin and other digital currencies have continued to gain popularity because they enable cheap and faster transfer of money. It is not quite obvious to say why there is a low cryptocurrency activity in the UAE. The country’s foreign population is standing at over 90%, consisting of professionals and manual workers who often remit money back to their home countries. Interestingly, about 60% of these expatriates are from India, Igot’s second largest market outside Australia. Therefore the Dubai BTC exchange is strategic investment for the Australian multinational.