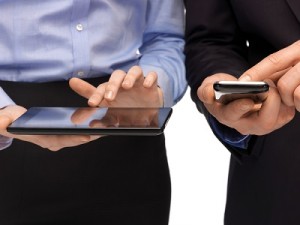 The tax authorities of Spain have sent out requests asking for the info on users of cryptocurrencies in the country. Specifically, they are looking for names and bank accounts of cryptocurrency users in Spain. The requests are related to the investors in the crypto space and more than 60 companies received them. The news first broke in the Spanish local media after which it was propagated through the international circles.

Right now, it is known that more than a dozen crypto exchanges, 16 banks and over 40 businesses that accept payments in the form of cryptocurrencies. Some of the companies that are on this list are also operators of crypto ATMs that are present in Spain.

The move is already impacting the markets in a negative way and no one is surprised by this. After all, it comes after many other nations started or announced their own investigation into the cryptocurrencies and their regulation. The voices asking for this got especially loud in 2018 Q1 when the crypto markets combined market cap reached over $800 billion.

The sources in the government had additional info on the data requests. According to them, the Spanish tax agency move is likely a prelude to a more formal investigation as well as monitoring. Right now, the agency is already in the process of analyzing the pathways of the domestic use of cryptocurrencies.

The potential problems in Spain for cryptocurrency investors are heightened because the finance ministry already took a negative stance towards the entire domain. This was presented to the public when the government provided its official bulletin in March 2018 on the issue of the crypto market. In the bulletin, cryptocurrencies were directly linked to organized crime. This talking point is nothing new, even though the concept was mainly disproven by actual evidence of criminal activity which still predominantly prefers fiat currencies.

However, in the case of the Spanish government, the connection was made not just to the particular cryptocurrencies, but the underlying technology of blockchain as well. The Madrid authorities are now asking for stricter regulation and oversight, but it can be safe to assume that some form of crackdown will commence along with the previous two.