Salesforce is developing a Blockchain-based Product 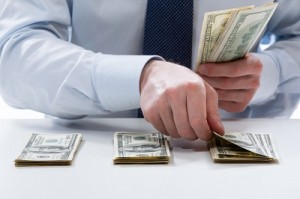 Salesforce, a cloud computing company from the US and one of the biggest one in this industry, has recently announced that it is working on a new product that uses blockchain tech. Marc Benioff, the company CEO was the one who broke the news and naturally, this raised a lot of eyebrows both in the cloud tech and cryptocurrency domains. Benioff, the founder of the company which was created in 1999, shared this news during a talk with Business Insider’s Julie Bort. The conversation happened during a public panel on the TrailheaDX Salesforce Developer Conference in March.

The story behind this venture is very interesting as well. According to the Benioff, he began thinking about this type of a development after a chance encounter in a bar in the Davos, Switzerland in early 2018. At that time, the WEF (World Economic Forum) was taking place nearby, along with a local cryptocurrency conference. There, he had a talk with one of the attending blockchain and cryptocurrency experts after which he began thinking about this business opportunity. Soon, he found a potential application that his company could use to improve their business dealings.

What is especially interesting is the fact that Benioff is talking about both the blockchain tech and the cryptocurrencies. While he did not give any details about the actual nature of the project, he said that the team hopes to have it out before the Dreamforce conference. This event is hosted by the company and will take place at the end of September.

The news is so important because firstly, Salesforce is a true giant of its industry. Its most recognizable product is a platform used for customer relationship management. Just last year, the company was able to bring it over $10.5 billion in direct revenue.

Having a company of this magnitude doing business through cryptocurrencies would be a huge boon for the crypto community. Right now, hopes are that the product will do something like this, instead of simply using blockchain as a means of distributed database creation and management.