Bitcoin Price Rise at Least 34% in One Month 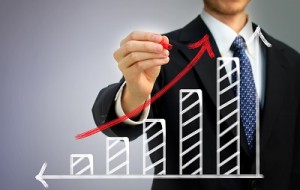 After months of freefall, bitcoin has now gained momentum and its price has been on the rise since it recorded its lowest point this year. As I write this, the currency is trading at $643.42, which is a 34% rise in a period shorter than a month.

It will be remembered that bitcoin traded below $350 sometimes back in April. On April 11, bitcoin traded to as low as $344. Now bitcoin has gradually increased to negate the loss in price it experienced between March and April. The last time the currency traded above $600 March 21. On May 20, bitcoin price was $444, and then in short than a week, the price was almost $600. On May 26, BTC reached $587. Now the digital currency trades at $643 to imply that it has gained $56 in 6 days.

Bitcoin price in May played around $418 and $453, but the resurgence begun after the Amsterdam Bitcoin conference. The conference, which discussed the future of digital currency economy, attracted 1,100 bitcoin enthusiasts and 140 panellists and speakers. So what may have caused this resurgence?

Factors that May Have led to the Bitcoin Resurgence

Bitcoin price dropped gradually late last year until April this year owing to the fall of Mt. Gox, the then world’s largest bitcoin exchange, then followed the challenges in China, Russia and the rest of the world. The reasons for BTC resurgence is explained by the same reasons it lost value in the first place.

There were fears of bitcoin ban in China, and the IRS decision in March to treat the virtual currency as property did not help either. In Russia, the central bank and the Prosecutor General warned the public of using surrogates and any other monetary instruments quoting Russia’s Federal Law, Article 27. This further piled the pressure on BTC price.

Moving forward, things have been a little bit better for the currency. There has been good news all over! On the week of Easter, the situation in China remained fluid rendering the eminent ban as just a rumour. The discovery has put bitcoin price on the recovery path. Also acceptance by major companies has helped this resurgence.

There has been a widespread misconception resulting from the news surrounding the closure of illegal online marketplace Silk Road. The site was used for buying drugs and hiring assassins, and it used bitcoin as its primary mode of payment. Since then, some people believe that bitcoin’s greatest allure has been its anonymity feature. The truth is while the community values this anonymous status, which has often been excoriated for association with unsavoury acts, the currency greatest allure has always been relatively low fees and ease of transactions.

The low fees have attracted some renowned companies such as DISH Network and Overstock. The latter has at least 14 million customers and believes that there are more customers who would be willing to come in if it accepts bitcoin. DISH and Overstock reported  $13.9bn and $1.3bn (respectively) in revenues in 2013. Others companies that have embraced bitcoin include space tourism firm Virgin Galactic owned by Richard Branson, Zynga and FarmVille.

The bitcoin price is responsive to the developments in its ecosystem. Good news generally bolsters its performance, while bad news reverses these gains. The current price’s upward thrust is owing to the positive developments in the market.