Yesterday, one Reddit user complained that OKCoin’s CNY/BTC volumes had drastically declined and the data related to the trade disappeared afterwards. The user claimed that the Chine exchange must have been doctoring the data to lure in more users.

This is not the first time this debate is cropping up. Chinese exchanges have been in the past accused of inflating their trading volumes and even influencing prices using artificial means such as trading robot. The exchanges have denied this citing low or no fees as the main driving force behind their high volumes.

It is indeed difficult to tell if claims of manipulation by Chinese exchanges are true. Complaints based on observations and speculations do not help either. While the claims could be true, there are also possibilities that they may be hatched to destabilise the healthy bitcoin ecosystem in China.

Chinese Yuan trails only the US dollar as the most traded fiat currency in the world. Nevertheless, the trade volumes of the dollar have more than doubled the yuan. The two account for 52% and 19% of the world’s volumes respectively. Remember, yuan is hardly used outside China while the dollar is a global currency. 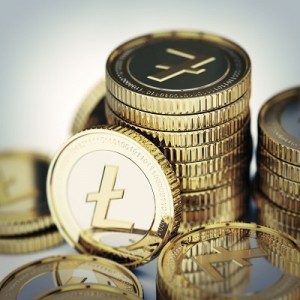 In the wake of rampant allegation of artificial manipulation of trading volumes and bitcoin price, the Chinese exchanges have categorically denied the act.

From obscurity to the busiest exchanges

In the earlier parts of 2014, the world thought that Chinese bitcoin ecosystem was as well as finished. The people’s bank of China launched an onslaught on banks that facilitated bitcoin trades. This together with the late March suspicion that bitcoin was going to be banned in China almost killed the world’s leading digital currency.

However, after the presumed deadline (April 15th) passed, and it became clear that there was no such ban, the currency slowly picked up. The Chinese exchanges started recording gradual increase in trading volumes.

The Chinese exchanges survived the obscure environment to emerge the busiest globally. This is perhaps why accusations of manipulation have been directed towards them. They are however attractive compared to their international peers. Due to the fierce competition in China, they offer services at low-fees and no charges at all for trades.

The manipulation allegation could damage OKCoin’s reputation. The Reddit user claim the trading volume dropped from115000 BTC to 11,000 within 11 days ending July 12. There was no reported development that could discourage BTC trade. So could OKCoin and other Chinese exchanges be involved in this dubious act?