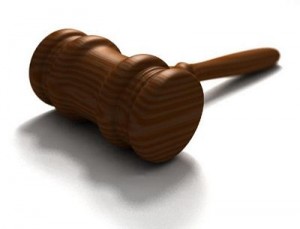 The government of the US state of North Carolina has set out a cease-and-desist directed at a cryptocurrency company. The officials accuse the same company of selling securities that were not registered by the proper agency. The order was sent out on March 2 and the cease-and-desist target was the Power Mining Pool (PMP), a European cryptocurrency project. Interestingly, the news comes two years after another such cease-and-desist order stopped BitConnect. In that case, the problem came about because they did not register their offerings as equivalent to securities.

The documents that have been made public show that PMP used some shady sales tactics that were deemed problematic. The documents also point out that the PMP local campaign violated the Securities Act, meaning the campaign could have consequences that would lead to public harm.

The company sold its shares for bitcoin and claimed that it could mine different cryptocurrencies on the behalf of their shareholders. According to their marketing pitch, the shareholders could start generating a profit by simply setting up their account and depositing bitcoin there. What is even more problematic is the fact that PMP setup a system of sales which follows a Ponzi roadmap – those who solicit the help of others were handed down some benefit like the greater profits or a piece of the profit of the person they recruited.

In North Carolina, the company promoted itself on all social media but also many another news outlets, including spending funds on getting classified ads. All of this was just to get the public’s attention. While the government was able to corroborate the identity of the people behind PMP, the cease-and-desist was still sent out to them.

The situation in North Carolina is one of many which took place in the recent months. All of them show that the US government is seriously trying to stop rouge ICOs from defrauding their citizens.