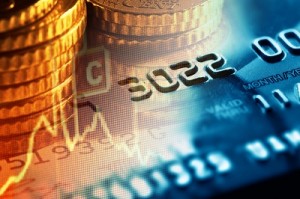 The financial regulatory body of Japan is working on a regulatory framework that would be used for companies which go through an initial coin offering. The nation’s FSA (Financial Service Agency) is taking steps to revise the relevant laws and regulations set for fundraising so that they encompass ICOs. The step was likely spurred on by the increase in domestic participation in ICOs.

Right now, the reports from Japan show that there is no clear and specific regulation on ICOs. The current bitcoin payment law came into effect during April 2017, giving a huge boost to the price of this cryptocurrency. However, it also opened a door to legal ICOs while it did not completely define its legislative status.

Now, there is an undeniable need to make changes in these laws. That is why the FSA is assessing the possibility of suspending ICOs that are inappropriate or faulty in some other way. Currently, the FSA monitors any ICOs that directly target Japanese investors. In practice, this process became apparent when the FSA warned the citizens of Japan about a cryptocurrency company from Macau that was soliciting interest from the country’s public. Soon after, the FSA issued a public statement on the company’s website and shut down its operations in Japan.

The regulatory move comes after the FSA made a statement in October 2017 about the risks of this type of fundraising means. Also, Japan is not alone in this process. Other nations also recently made moves to define ICO tokens and their use in a legal framework. The purpose of this is not just to protect the investors, but also to bring a level of clarity to the industry.

In Europe, Austria is planning to regulate cryptocurrencies and ICOs using the current rules for trading commodities and derivatives. Germany regulators made a similar decision when they also recently began a process that will be used to classify the ICO tokens.