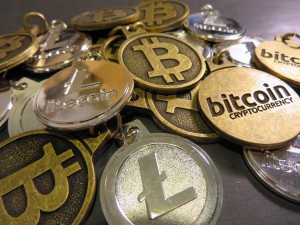 Japan is a country that has always been very open to new technologies and it seems that blockchain-based digital currencies and other crypto financial products are no exception. Recently, its consumer Affairs Agency or CAA came out with the data showing that the number of crypto inquiries they received jumped almost three times in 2019. The trend will continue into 2020 as well.

The agency showed this during the second meeting hosted by Japan’s FSA (Financial Services Agency) which brought together a cryptocurrency exchange study group. The same data shows that Japan is growing as a market. But, it also shows that its ICO scene, if it turns out to be under-regulated, could do a lot of damage to many Japanese citizens. The same goes for other crypto ventures that might not be fully devoted to the self-imposed ethical standards of Japan’s cryp20to community. Currently, the nation has the best-regulated crypto space in the world. But with over 3.5 million cryptocurrency investors, even a handful of bad players could wreak havoc in terms of numbers.

That is why FSA representatives stated that the focus of any new regulatory initiative will be the security capability of the exchange platforms these companies use, as well as verifying the legitimacy of some ICO projects in Japan. CAA showed that the most frequent inquiry they got was from older relatives of young individuals in the country. They mostly wanted to know whether or not should their loved one become engaged in the cryptocurrency trading, even though they could not stop any adult individual to do this.

Right now, the majority of Japan’s crypto investors are in a group made up of people aged between 20 and 40 years. Yet, the CAA report shows that many older citizens are getting informed about the same space – while concerns about younger family members are there, a big chunk of these inquiries must come from their desire to start trading cryptocurrencies.