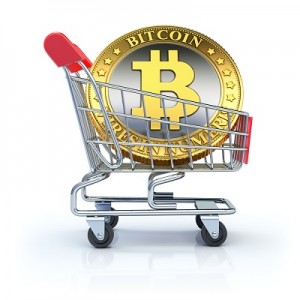 Hagan Homes, a company based in Ballyclare, Northern Ireland, decided to start accepting payments in the world’s biggest digital currency, bitcoin. This business is believed to be the first to do this in the region, which includes both the UK and the Republic of Ireland.

Bitcoin is based on a blockchain technology that offers a distributed ledger of transactions without any individual central server. Instead, it uses a peer-to-peer network to both generate and store value, which is the actual bitcoin. Jamesy Hagan, the managing director of Hagan Homes stated that bitcoin is an innovative means of payment. Not only that, it is also in his view a completely new type of money which, at the same time, still has many elements of cash transactions. He believes that there is a significant growth of the use of BTC worldwide and their company’s decision represents a willingness to adapt and respond to the changes in the market.

With a turnover of an excess of £18 million for the 2016/17 season, Hagan Homes marked its second biggest year of project completion. The family-run business has been established almost three decades ago, but its growth seems to be just starting. The company constructed 207 homes in Northern Ireland, spread out across 15 construction sites. This was an increase of 8% compared to the previous year, so it appears that the company is willing to risk things a bit more with their BTC acceptance policy.

Hagan believes that the international appeal of the region is on the rise and a growing number of foreign investors are establishing a business presence in Northern Ireland. In turn, this means that more and more individuals, couples and families want to live and work in there, providing a clear opportunity for Hagan Homes.

Of course, Hagan did not deny that this change comes with a series of challenges for its adopters. These are mainly focused on its volatility. The unstable price impacts the manner in which it is used for payments. A price of a single BTC can change drastically in a single day, with two-digit percentage drops something that happens on a regular basis. No other traditional fiat currency has that range of changes in value.

But Hagan believes that the growing number of users is a clear sign that there are creative ways to deal with that problem. That is the reason why he is confident that the company can incorporate the knowledge of their peers into their approach when it comes to this financial innovation.