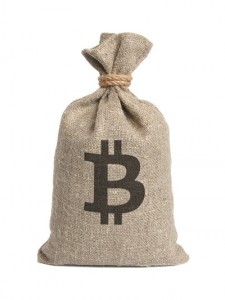 In the US state of Georgia, two senators have put forth a bill which would allow the state’s citizens to pay their taxes using bitcoin. This is the second such initiative in 2018 in the country, showing that there is at least some will in the political circles to address the rising relevance of bitcoin and cryptocurrency in general. The latest measure was submitted by Joshua McKoon and Michael Williams on February 21 and it is focused on changing the rules of the state’s Department of Revenue. The document references bitcoin but also other cryptocurrencies that are yet to be defined.

The bill states that the tax commissioner shall accept any cryptocurrency as a valid form of payment for taxes. The bill also underlines that these cryptocurrencies use the electronic peer-to-peer system. The proposed law in question is very similar to the one that was submitted in Arizona. That one is currently going through the legal system and has a realistic chance of becoming law. This would make Arizona the first ever US state that accepts BTC as a means of tax payments.

Now, the bill in Georgia, like the one in Arizona, mandates that the tax officials have to convert the same BTC payments into US dollars. Also, the same has to occur in less than 24 hours after the payment has been made. The purpose of this is to avoid any speculation that the institution might have at its disposal by holding the cryptocurrency and waiting for the best moment to sell.

Right now, even though the signs are encouraging, there is no guarantee whatsoever that the measures will become actual laws any time soon. A similar initiative has already appeared in New Hampshire but it was stopped by a vote in the state’s House of Representatives in January 2016.

Today, the supporters of cryptocurrency have the benefit of bitcoin being a lot more recognizable than two years earlier. However, at the same time, there is certainly many more of those who are determined to stop bitcoin or any other digital currency appearing in official monetary structures.