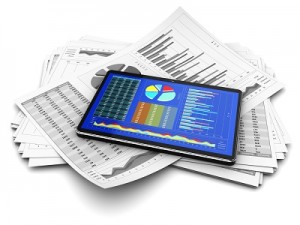 A new code created to revolutionize the way the ethereum network attains its consensus is now ready for its review, according to the developers. The proposal’s name is the EIP (Ethereum improvement proposal) 1011. It is also known as Hybrid Casper Friendly Finality Gadget (FFG). The developers are planning to implement it as the first step in a shift that will move the network from the energy-intensive process of mining. Instead, it will use a much greener method of network support called minting.

The current protocol of the network uses proof-of-work and the system uses energy expenditure as its proof. Vitalik Buterin, the creator of the network, as well as other developers, have been discussing the move to the proof-of-stake model where the users take up their ether holdings and lock them up inside of special wallets. There, they risk losing their stake if they do not follow the pre-defined consensus rules. In the community, this transition’s name is Casper.

The EIP 1011, if the community decided to put in place it, will be the first step towards Casper, even though it is only a partial one. This would introduce a hybrid system that uses both proof-of-work and proof-of-stake approaches. However, Casper remains controversial with some developers. Some have even called the transition a process that will provide critical vulnerability to the network.

But, this has not sidetracked the project and its development. Recently, the authors of EIP 1011, including Chih-Cheng Liang and Danny Ryan, stated that their work is ready for review, followed by a community discussion and everything else in this phase. Ryan also said that the development work for the ethereum clients could also begin soon. According to him, he was already engaged in the discussions with verification engineers. He also thinks that the EIP 1011 is close to its implementation. This should be a clear signal that the community should begin talking about precise fork block numbers. The change from the new code will not be compatible with current ethereum software, so the network will have to undergo a hard fork to allow EIP 1011 to work.