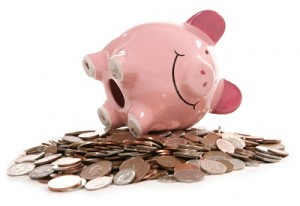 Vitalik Buterin, one of the co-creators of the second biggest cryptocurrency in the world, has written a paper on the number of ETH tokens that will be ever created. Right not, ethereum does not have a coin or token cap in its basic code and this is one of its key issues. Now, Buterin suggests in his EIP or the ethereum improvement proposal that the maximum number of ETH tokens should be set at 120,204,432. This is precisely two times the number of tokens that came out during its original sale back in 2014. The author of the paper believes that the limit should be a part of the upcoming software change.

This is the first time Buterin addressed this issue directly, which is in itself an acknowledgment of the daunting task that is in front of the cryptocurrency. For many critics of ETH, the same problem has been the bedrock of all investor doubts over the years. This certainly hurts ethereum in its efforts to establish itself as a potential contender to the first stop in the cryptocurrency ecosystem.

Its main rival, bitcoin has always had a very clear token cap that was set at 21 million BTC. This number was public knowledge the moment the network went live in 2009 and it works as a great example of what it represents. From the start of bitcoin, this fact was continuously used as an indicator of its intrinsic value to the miners. Being that they would be able to attain something finite in its essential nature, it would hold some kind of value even years later. This is often confused with the idea of a price, but the concept is more similar to the notion of inflation. Essentially, coin cap makes cryptocurrencies impervious to inflation and artificial “printing” of money.

Right now, about 18 million ETH come out every year and the idea of changing this is becoming more and more prevalent in the community. What is more important, the initiative connects naturally to the ability of ethereum to stay financially viable. As Buterin stated, the token cap would provide the network with a factor that would “ensure the economic sustainability”. Currently, the network is planning to stop using its proof-of-work algorithm and go to the proof-of-stake alternative.

Many in the ethereum community are hoping that Buterin will be able to provide some clarity on the problem of miner reward in that setup. For plenty of people in and around the developers of ethereum, the proof-of-stake is still something similar to a murky catchphrase.

However, Buterin’s paper is still only a proposal about the future of the token cap. Developers, miners, and users would still need to first embrace the change and then work on implementing it. The same process would take ideally several months, but more realistically over a year to be fully completed.