The underdog of the cryptocurrency market is heading in the right direction with the increase in its value. It has surprised many markets with being a new comer to the markets. 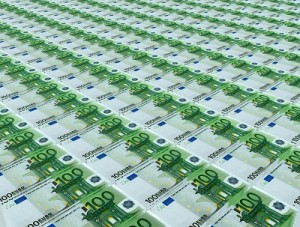 Who would have thought a currency that is under 3 months of age could have created such a stir? This currency has already helped to raise money to help struggling teams to attend the Olympic Games in Russia. Those they have helped include the Jamaican Bob-sleigh team and an Indian team, both struggling to raise the money to attend.

The race is on

But now the desire to reach the top in the value of the currency is pushing even the most stable of currencies. This coin is heading for the medal board, as it pushes forward with the aim to reach 3rd place. The currency that it looks set to dislodge from this position is the Peercoin.

The markets are predicting that the Dogecoin will soon take this position. It is estimated that the value of the Dogecoin is now a whopping $78 million dollars, this is according to the statistics published on Bitinfocharts.com.

This currency has still a long way to go to knock the top seated currency off the 1st place position. But, with the popularity of the currency and the way that it has attracted attention of the public, this coin is certainly going to give Bitcoin a hard time in the pursuit of this top position. In all the cryptocurrencies that are currently on the market at the moment, the Dogecoin is the currency that seems to have the golden touch.

Only time will tell if this lucky streak will continue, there are no guarantees in the cryptocurrency markets.