Dogecoin doge 4 water, the new charity drive by the cryptocurrency markets. The cryptocurrency community has managed to raise money for the World Water Day 22nd March 2014. The aim was to raise 40,000,000 in Dogecoin’s by this date; the total required was reached a few days before the deadline. 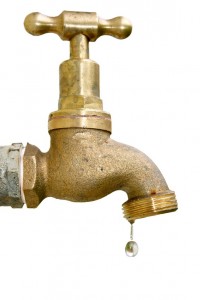 This just shows the community that the Dogecoin has created, with its followers and supporters of this currency, has had a great result. This is not their first time at raising money for charity and it is not going to be their last, but what is certain, the support and the generosity of the cryptocurrency communities is unfounded.

A person hiding behind the persona of Robin Hood, taking from the rich and giving to the poor donated the final amount, but the identity of this person is unimportant in relation to what the donations are going to allow.

This money is going to allow the drilling and the completing of two wells in Kenya. This are vital to allow people the access to fresh water, in an area that has seen often children trekking miles each day in search of water, which is often polluted by animal waste and teeming with bacteria, bugs and germs all of which can kill.

What is fascinating, is to see the growing generosity of the communities involved in the cryptocurrency markets; many seen as greedy and opportunistic, but in reality they are a group of people spread all over the globe that are in the position to help out those less fortunate than themselves. The charities that Dogecoin have supported in the last few months have all been worthwhile causes, and what is even greater is the generosity of Dogecoin; they aren’t taking a percentage or a cut from the money they are raising, it is all going to the charities that desire it.