Eftpos cards from Coinjar could take Bitcoin to the Mainstream

Coinjar is braced to take bitcoin to the mainstream next month in Australia by offering the first eftpos card linked to users’ bitcoin accounts.

The Melbourne-based bitcoin exchange firm co-founder Asher Tan noted that many of their customers had invested in bitcoins and there were a growing number of companies accepting the digital currency, and they were keen to use them for everyday transactions.

Tan said that many people with bitcoins asked where to spend them, and the eftpos gave a way to do so. 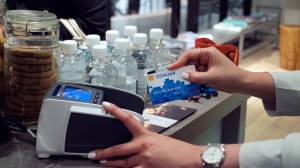 The next couple of weeks will see a trial of the eftpos cards by 100 people having bitcoin accounts, after which the cards will be made available to all willing users.

Coinjar has so far processed roughly $50 million within its network of about 30,000 users. The firm earns by charging a modest 2% transaction fee on exchanging bitcoin into standard currency and the other way round.

The actual exchange will occur when Coinjar account holders load their cards with bitcoins but receive Australian dollars; not at the point of purchase.

Mr Tan farther explained that people would prefer bitcoins as they exposed more people to the real benefits an instantly transferrable currency that can be used beyond the traditional payments networks, with no extra charges apart from Coinjar’s own transaction charges.

He added that this was the first step but did open lots of opportunities. Users could receive like $500 worth of bitcoins from overseas say for an online job, like graphic design and in a twinkle on an eye be off to spend the cash.

Mr Tan said that Coinjar isn’t out to make lots of money from the cards. He stressed that their main game is online, with a whole suite of apps coming out next month. These will include an update for the IOS 8 Apple system and a new Android app.

Tan added that individuals are currently able to transfer bitcoins to each other instantly, even for micropayments, without incurring any charges. Trying that with banks would take hours, with PayPal hefty charges.

People still keep their bank accounts to trade bitcoins with Coinjar. Once done, eftpos will allow instant exchange of bitcoin for a product or service without going through a bank or using a bank linked card. Tan said this is one step towards real financial efficiency.

Banks are still hesitant to charge for instant payments since it will cost a fortune to use the new architecture. They are also unsure whether customers really need this service.

Bitcoin requires huge computer processing power to implement since the bitcoin “block chain” is a record of all the bitcoin transactions. But Coinjar does that exchange of bitcoins for its customers for free.

The prepaid cards will be available from listed company emerchant, which reported a revenue rise of 3% to $5.2 million on September 2, but a net loss of $5.4 million.