Home » Cryptocoins » Coinbase Notifies 13,000 Users that their Data is heading to the IRS

Coinbase Notifies 13,000 Users that their Data is heading to the IRS 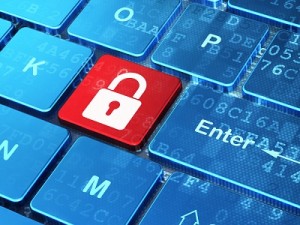 One of the biggest cryptocurrency startups Coinbase has disclosed that it will forward data on some of its users to the US tax authorities. The company stated that the data will be sent over the coming weeks and about 13,000 of its customers got an email on February 23 with the same notification. The company stated that only a limited category of data will be provided to the Internal Revenue Service (IRS). However, Coinbase did not elaborate on what user information will be sent and what will be withheld.

Right now, the company believes that the process will last for the next 21 days and acknowledged that many might have an issue with the move. That is why the company advised anyone who has concerns about the process to seek legal counsel from an attorney as soon as they can. This decision comes after a prolonged legal battle between Coinbase and IRS. It began in 2016 with the IRS demanding data on over half a million Coinbase users. While this process ended up in the courts because Coinbase contested it, a new scenario played out with the latest IRS request.

Now, an order from the US strict Court for the Northern District of California came in November 2017, ordering the company to provide information on 13,000 of its customers. Those Coinbase users who have a trading volume of over $20,000 that took place between 2013 and 2015 were chosen for this group by the IRS. In its notification email, Coinbase claimed that the smaller-than-requested number of users is a partial, but still an important legal victory of the company.

It is certain that many insides of the 13,000 group do not see the situation in the same light. Expectedly, many of those affected took to social media to express their take on the decision. Thanks to this, it appears that a lot of prominent figures from the cryptocurrency industry are on the list, like Andreas Antonopoulos, an author and bitcoin advocate.