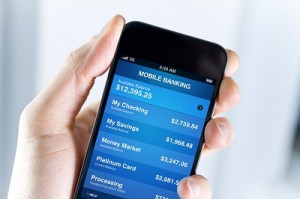 The US Commodity Futures Trading Commission or the CFTC has officially given allowed its employees to invest into cryptocurrencies. According to a news report by Bloomberg, Daniel Davis, acting as the agency’s general counsel gave the green light in a memo that came out in February 2018. The same document was created as a response to a number of inquiries from CFTC employees who wanted to clarify this issue. Now, members of this agency can buy and sell cryptocurrencies. However, they are still forbidden from margin trading or crypto futures investments, along with using their insider information in any shape or form.

The agency’s spokesperson J. Christopher Giancarlo said that their employees cannot be included in any investigation or regulatory action against the cryptocurrency they personally own. The reason for this is the fact that any such activity would be a clear conflict of interest. Interestingly, the CFTC memo presents cryptocurrencies as commodities and calls on the employees to act ethically when dealing inside of the same field.

According to Giancarlo, the public’s interest in crypto markets is high, so all agency employees must tread carefully when engaging in transactions of cryptocurrencies. Under this level of scrutiny, it would be easy for the public to perceive something done by a CFTC employee as an action that is violating ethical standards or even financial regulations and laws.

While the move is another subtle sign that the countries and their agencies are slowly but surely coming to terms with cryptocurrencies, others have criticized the decision. One of them is an associate law professor Angela Walch who said that the announcement is mind-boggling, being that it could easily impact the regulatory decisions.

Others questioned the idea that cryptocurrencies function like commodities, saying that they have more elements of futures than anything else. Richard Painter, a former White House ethics lawyer shares this opinion and believes it is a mistake to for the CFTC to allow its employees to engage in these types of investment.

Regardless of the opposition, there are certainly many at the CFTC who are either purchasing cryptocurrency or planning their next investment in this domain.