Home » Bitcoins the most popular cryptocurrency

Bitcoins the most popular cryptocurrency

By now everyone has heard of Bitcoin, but many may be left asking, “What the hell are bitcoins anyways?” According to Wired’s Bitcoin Survival Guide, “Many people — including the sharpest of internet pioneers as well as seasoned economists — are still struggling to come to terms with its many identities.” In this article, we’ll attempt to demystify the Bitcoin phenomenon by covering all the ins and outs of this new crypto coin, and giving you guidance on how to navigate the increasingly complex world of cryptocurrency. 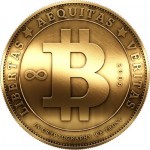 First of all it is a cryptocurrency, meaning it is a digital means of exchange. However, Bitcoin isn’t merely a currency like the Euro or Yuan, but also a way of making payments, like PayPal, or a credit card. It allows its users to hold, spend, trade, and move money from place to place.

It also allows users to do this without revealing their identities, which is why the currency was utilized by the recently-shut-down online drug-trading establishment, The Silk Road.

All transactions are recorded publicly online so that the market knows when a coin is spent, but not the spender’s identity. That’s because Bitcoin is operated by open-source software, which is based on the rules of mathematics. Bitcoin runs on thousands of machines across a network, and is also regulated by this peer-to-peer network.

Many see Bitcoin as a way to free people from the control of federal governments, and as a way to break down barriers between various countries. On the other hand, various governments around the world have spoken out against Bitcoin. Norway’s government has decided that Bitcoin is not a currency, but will instead be taxed like an asset. China has restricted banks from accepting Bitcoin transactions, and Thailand has issued an all-out ban on the crypto coins. The United States has been the most friendly to Bitcoins. Coincidentally, after the U.S. government seized and shut down The Silk Road in 2013, the FBI became the holder of the largest Bitcoin wallet in the world.

When did Bitcoin start?

One of the most intriguing aspects of the Bitcoin debate is not its surge in value, but rather it’s elusive, and mysterious history. Wei Dai first mentioned Cryptocurrency in 1998 on a mailing list for programmers and cryptographers called Cypherpunks. He described an anonymous, distributed electronic cash system, which he called “b-money”. Ten years later, a figure named Satoshi Nakamoto appeared and released a research paper on the Cryptography Mailing list, which outlined the Bitcoin protocol.

In 2009 Satoshi started mining, and by the end of 2009 over one million coins had been produced. However, in 2010 Satoshi handed the reins over to Gavin Andresen, Bitcoin’s current lead developer. By 2011 Satoshi had disappeared. Satoshi’s true identity is still unknown today. There are those that speculate as to whether he was really a person, group, or government. Regardless, because all the transactions are public, it is believed that Satoshi owns approximately one million bitcoins, worth over $120 million U.S. dollars.

Where is Bitcoin based?

Bitcoin is a completely decentralized cryptocurrency without a centralized headquarters. However, Silicon Valley recently took a major step towards becoming the center of the cryptocoin phenomena. Andressen Horowitz, one of Silicon Valley’s most notable venture capitalist firms, invested $25 million on Coinbase, a company with a mission to unite consumers and businesses using all kind of cryptocoins. Coinbase sets an exchange rate, and then immediately converts the buyer’s coins into dollars, and then transfers the dollars to the seller. Thus, the retailer never holds any bitcoins. Therefore, thanks to this major investment, Silicon Valley could soon become the epicenter of all this.

How many bitcoins are there?
There are currently over 12 million Bitcoins in circulation. You can check out the latest stats, as well as a number of charts and graphs depicting everything from estimated transaction volume to cost per transaction on Blockchain.info.

How can I get bitcoins?

There are a few ways that you can get your hands on some bitcoins. If you are a business, you can accept Bitcoin as a payment for goods or services. If you’re not a merchant, or large business, then consider purchasing Bitcoins on an online exchange such as Mt. Gox.  However, remember that it is important to validate the authenticity of websites before buying or selling online. One alternative to online exchanges is Local Bitcoin, a service that allows you to physically exchange Bitcoins with someone near you. Finally, if the above methods seem too pricey, you could always consider mining Bitcoins.

What is Bitcoin mining?

Mining is a process of using specific computer hardware, and software to complete mathematical problems to unearth Bitcoins from code. It’s a bit complex, but Bitcoinmining.com provides an easy to follow over-view video.

Check out this video from Bitcoinmining.

Where can I use Bitcoin?

Many brick and mortar establishments, as well as online services like WordPress, Reddit, and OKCupid already accept Bitcoins. You can even make donations online to nonprofits, or other organizations using Bitcoin. Check out UseBitCoins.info to find a list of nonprofits currently accepting donations using Bitcoin. The most intriguing organization on the list is MarsOne, an organization that seeks to establish a permanent human settlement on Mars in 2024.

Overstock.com has recently become the first major online retailer to accept Bitcoin via Coinbase. Coinbase co-founder Fred Ehrsam, who oversaw the deal with Overstock, says “You have to consider the mainstream nature of it. Generally speaking, Bitcoin merchants have fed the tech-early-adopter user base. But Overstock is not about that. This is about as mainstream as it gets.”

However, Overstock.com most likely won’t see huge returns from purchases using Bitcoin in the immediate future. Overstock.com CEO Patrick Bryne states, “It does not worry me. ‘Mighty oaks from tiny accords are sprung,’ and all that,” He also mentioned that consumers may spend Bitcoin at Overstock.com for the “thrill of contributing to this change.”

The Wall Street Journal’s Danny Yadron recently wrote piece about Cody Wilson, who posted online instructions for printing guns from 3-D printers. Wilson claims to be working on a project called Dark Wallet, which would allow Bitcoin transactions to become anonymous and untraceable by governments. Wilson, and others claim this is a Libertarian issue, but others say it is a way to make illegal activities such as the drug trade, or tax evasion more simple.

About "admin" Has 8 Posts