Home » Cryptocoins » Austria is Planning to Regulate Cryptocurrency and ICOs

Austria is Planning to Regulate Cryptocurrency and ICOs 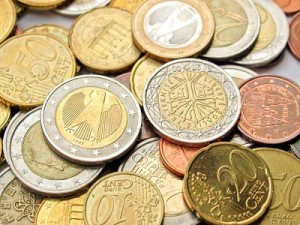 Austria is the latest addition to the group of nations across the world that began working on regulatory mechanisms for cryptocurrencies and initial coin offerings (ICOs) that are using them. According to the Finance Minister Hartwig Loeger, the EU nation plans to use the regulations for gold and derivatives trading as the role model for new laws.

The main reason why the government in Vienna is going for this is the need to deter any potential money laundering through the use of cryptocurrencies. Loeger stated that cryptocurrencies are becoming more and more popular as a means of illegal financial transactions, including those which fund terrorism. This is why the government wants to instill more security and trust in the field.

The measures that will be found in this legislative package include registering of individuals and companies who trade in crypto markets, but also a mandatory disclosure of any trades that are worth over €10,000. This information will be provided to the government’s financial intelligence unit. Aside from the focus on the digital currency, the laws will also regulate ICOs, an element of the crypto domain that has often proven to be very controversial in the recent years.

With a high number of scams or completely false ICOs, some nations like China decided to completely ban them. Right now, Chinese authorities deem ICOs as illegal means of fundraising. While China was a particularly bad example of a toxic ICO environment (some estimates show that over 90% of Chinese ICOs were a scam), other countries have similar problems.

This might become reality sooner than expected. Recently, the European Commission declared that top central banks, along with market supervision leaders will meet to discuss unidentified market players. The same phrase is almost certainly a reference to the digital currencies, so the EU could soon begin to define block-wide regulation of cryptocurrencies.