You might think that the idea of an ATM is going to be impossible in the cryptocurrency market. But, you might not realise that this is a possibility waiting to happen. 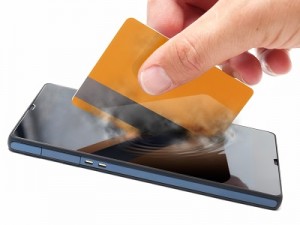 For many the idea of an ATM is not something you would use to purchase cryptocurrency with. But, why not; it is going to be relatively safe because you are not actually taking any currency out of the machine, it is all going to be electronically based.

Recently, Dogecoin introduced their first ATM. It was unveiled at the Coinfest in Vancouver. This in itself was a joke; a tattered metal case with a tablet stuck to the front, with a hole for money to be placed inside to pay for the currency that they purchased. The transaction gives the customer is the QR code; which is the most important part of the transaction.

This could be a light hearted jest, but it is part of the future. It is not going to be that far off when you will see cryptocurrency ATM’s in the high street. There are talks about the potential release of the first actual cryptocurrency cash machine.

It is not going to work the same as current versions of the machines. After all you are not going to be able to actually withdraw a currency that has no physical form. The cryptocurrencies are not being made into real currencies but having the ability to withdraw or buy them at an ATM is going to bring the currency into the everyday.

The future of the cryptocurrency is looking positive. The steps taken by the creators are moving the currencies in a positive direction. It is about getting the currency to the public, so they are able to use the currencies and to see the benefits that they have, over the traditional currencies that are used and controlled by governments and banking institutions around the world.