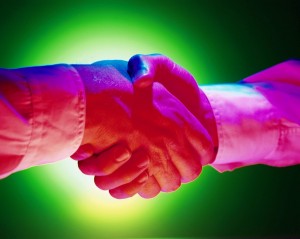 Allianz, the global insurance giant is currently testing its internal token system for moving money around its different affiliate locations. It is just the most recent global company that is showing an interest in blockchain, but unlike Yahoo, not as a cryptocurrency element. Instead, their system does not require that any currency conversion takes place and lacks many other efficiencies and costs of traditional transfer services. The project bears the name Allianz token and the Adjoint startup company supports it using its tech. It has created the proprietary blockchain for the project. However, this news is still unofficial because Adjoint refused to comment on the story.

At the same time, the representative of the Allianz reinsurance unit has confirmed that the token is real and that it is currently under development. The representative stated that the company is very much thinking about this option, but is more than aware of the size of this issue. They are also very mindful of the potential problems related to the regulatory constraints when it comes to the Allianz token.

The plan of the company is to rely less on the traditional banking system, which would immediately save a lot of money for them if the system ends up working properly. This savings is further enforced by the fact that this Fortune 500 company has a presence in over 100 countries. It is also known that ACGS (Allianz Global Corporate & Specialty) made the token. This B2B branch of the company took on the job and its team built the token using a previously made prototype. The first version of the token was made as a form of tool used for captives and retrocessions. These mechanisms come into play when a single insurance company is offering service to another one.

With it, the company plans on building a system that would allow them to move money legally from one part of the world to another. Here, the key advantage would be the speed of transaction. Generally, banks take several days for the transfers to come through. The reason for this is that booking and following the transaction takes time and effort. Because of that, in every industry in the world companies are struggling with the internal global money transaction. It is often that the company spends incredible amounts of time and energy tracking these around and figuring out what when where.

Now, if the company’s client inquiries where their money is, Allianz could be able to track it using their token. Yet, while the token is based on a blockchain, it is completely disconnected from any currency and open digital currency. Instead, it communicates directly to the US dollar.